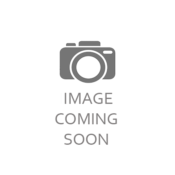 Ned Burke has been in the financial services industry for the last 36 years. He recently retired as CEO of ALPS Holdings Inc., a wholly owned subsidiary of SS&C Technologies Inc. Ned joined ALPS in 1992 as National Sales Manager, was named President in 2000 and became CEO in 2005 with the acquisition of ALPS by private equity firm Lovell Minnick Partners. ALPS was then acquired by DST Systems in 2011 and he remained CEO through DST being acquired by SS&C until his retirement in 2019. From the time he became president in 2000 through his retirement in 2019, his company’s revenue grew from approximately $10 million to over $220 million. Prior to ALPS, he held Regional Vice President positions with Fidelity Investments and Pioneer Investments.

Ned has a BA in Economics from the University of New Hampshire, has been married for 32 years and has six children. He enjoys boating, fishing, skiing, investing, traveling and spending time with his family and friends.